The tragic life of Simeon Solomon 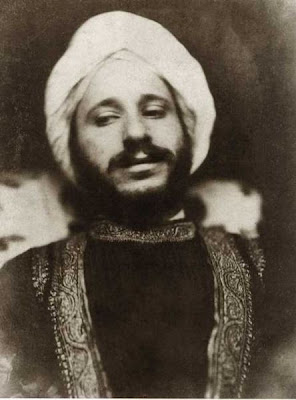 A generation before Oscar Wilde's famous trial and imprisonment, another brilliant career was tragically cut short by the homophobia and intolerance of victorian english society.

On February 11th, 1873, two men were arrested for attempted sodomy in a public lavatory in Stratford Place Mews, off Oxford Street, in London. One of the men was Simeon Solomon, a promising young artist, then 33 years old, whose work had been exhibited at the Royal Academy. The other man was a 60 year old stableman named George Roberts. Both men were sentenced to 18 month's hard labor, the same sentence that destroyed Oscar Wilde 20 years later. Simeon Solomon served only 2 weeks of his sentence before being released on bail. Thanks to the help of Myer Salaman*, a wealthy cousin, his sentence was reduced to police supervision and a £100 fine a month later. George Roberts served his entire 18 month sentence.

Although he was released from jail, Solomon was ostracized by proper english society and his promising career abruptly ended, almost as if he had died. He fled to France after his release, but in 1874 he was arrested again in Paris and sentenced to 3 months in prison.

Simeon Solomon was thus thrust into obscurity just as he was achieving fame as an artist.

Born on October 9th, 1840, he was the youngest of eight children from a respectable middle class Jewish family. His father was a prominent east end merchant named Michael Meyer Solomon. His mother, Catherine Levy Solomon, was an artist and nurtured an interest in the arts in her children. An older Brother, Abraham (1823-1862), and an older sister, Rebecca (1832-1886), were also artists. 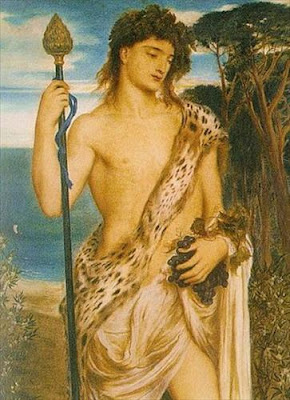 His early works are mostly religious scenes or depictions of Orthodox Jewish rituals. Solomon begins to show subtle traces of his sexuality in some of these works.

As a student Solomon was influenced by the Pre-Raphaelite painters. The work of Dante Gabriel Rossetti in particular was a strong influence on the young student. Around 1858, Solomon met Rossetti, who introduced him to other members of the Pre-Raphaelite circle, such as the painter Edward Burne-Jones, the poet Algernon Charles Swinburne, and the critic Walter Pater. 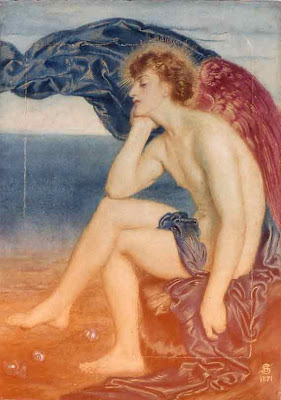 Solomon was embraced by these prophets of aestheticism and became a disciple of art for art's sake. He moved out of his brother's studio around this time and the theme of his work shifted from religious subjects to classical mythology. Solomon's expression of his sexuality in his work increases dramatically at this stage. Sexually ambiguous androgenous youths, showing the influence of Burne-Jones, start to fill his canvases, expressing a homosexual aesthetic more openly and bravely than any artist had ever dared before. His work receives some harsh reviews, but is championed by Swinburne, Pater, and others within the Aesthetic Movement leading to more exhibitions of his work.

In the late 1860's, Solomon begins traveling to Italy to study classical painting. In 1867 he is accompanied on one of these trips by his lover, Oscar Browning, who would later become headmaster of Eton. The couple visit Rome and Genoa again in 1870, but their second trip is cut short, probably due to legal problems resulting from their same sex relationship. On their return to England the relationship apparently ends. Solomon starts to drink heavily around this time. 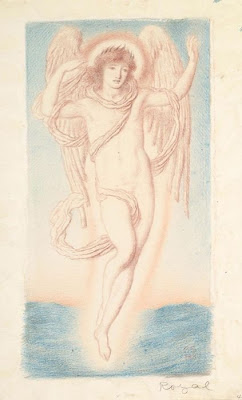 While in Italy, Solomon began composing a poem in defense of same sex love called A Vision of Love Revealed In Sleep. It was completed and published after his return to England. Imagery in the poem corresponds to iconography in many of Solomon's works in which he depicts love as an angelic young man.

Although praised by critic John Addington Symonds, the poem was otherwise universally condemned. However Solomon continued to paint and exhibit and his fame grew until the tragic events of 1873-74 abruptly ended his public career. 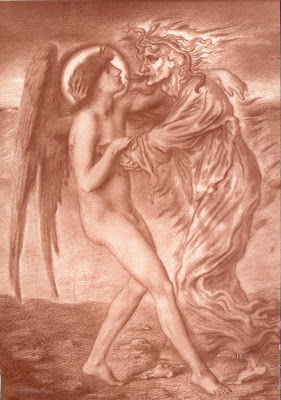 After his downfall, Solomon was abandoned by most of his friends and patrons. A loyal few attempted to continue their friendship with him, including Walter Pater and his cousin, Myer, who gave him some commissions during this period. Little is known about his life after the arrests.

In 1885, Solomon moved into the St. Giles Workhouse, a sort of homeless shelter, where he continued to work and live for the last 20 years of his life. He was reduced to begging and selling matchsticks on the street. Unable to afford paint and canvas, he usually worked with pastels and charcoal on salvaged scraps of cardboard and paper. Yet he created some of his most beautiful work in this late period. 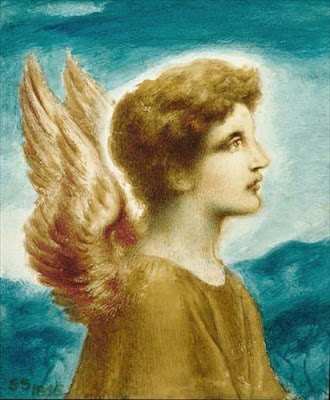 On August 14th, 1905, Simeon Solomon collapsed and died at the St. Giles Workhouse. The cause of death was listed as heart failure due to complications of bronchitus and alcoholism. He was buried in Willesden Jewish Cemetery.

Almost immediately after his death, Solomon's work began to receive recognition for the first time in decades. There were two memorial exhibitions of his work in 1906, one at the Royal Academy and one at the Baillie Gallery. In 1908 Julia Ellworth Ford wrote a book about him entitled Simeon Solomon: An Appreciation. However Solomon was soon forgotten again and faded into obscurity until research in gender studies renewed interest in his work in the 1990's, nearly a century later.

An online Simeon Solomon Research Archive has been created by art historian Roberto C. Ferrari. This site is the repository of Ferrari's years of extensive research on Simeon Solomon's life and work.

Also a wonderful book called Love Revealed: Simeon Solomon And The Pre-Raphaelites has recently been published.

*Myer Salaman's name is often mispelled as Meyer Solomon. According to a family legend the confusion over the spelling began when Myer's branch of the family changed the spelling from Solomon to Salaman after a sign painter mispelled the name of the family business and they stuck with it.

The photograph of Simeon Solomon is by David Wilkie Wynfield (ca.1860).